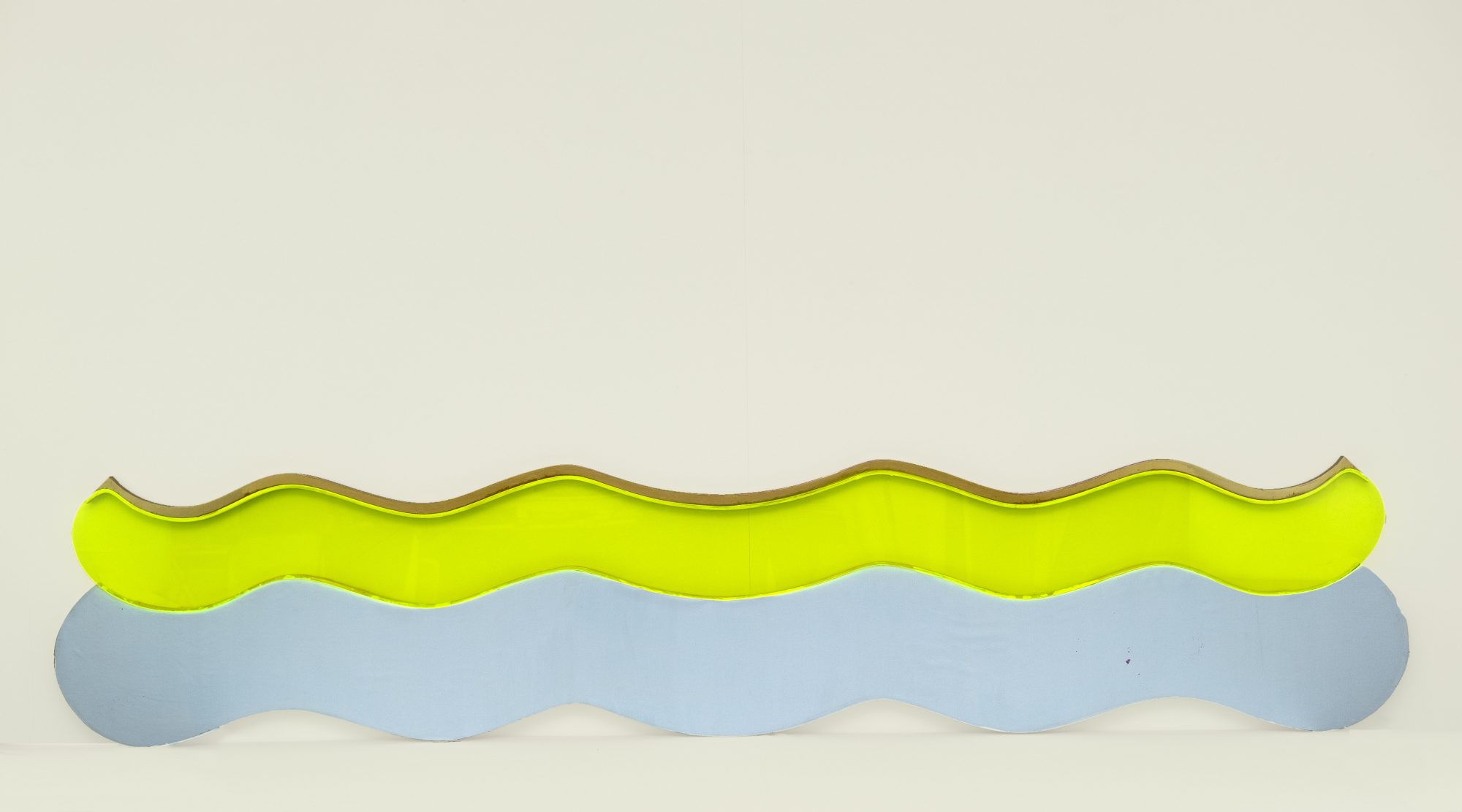 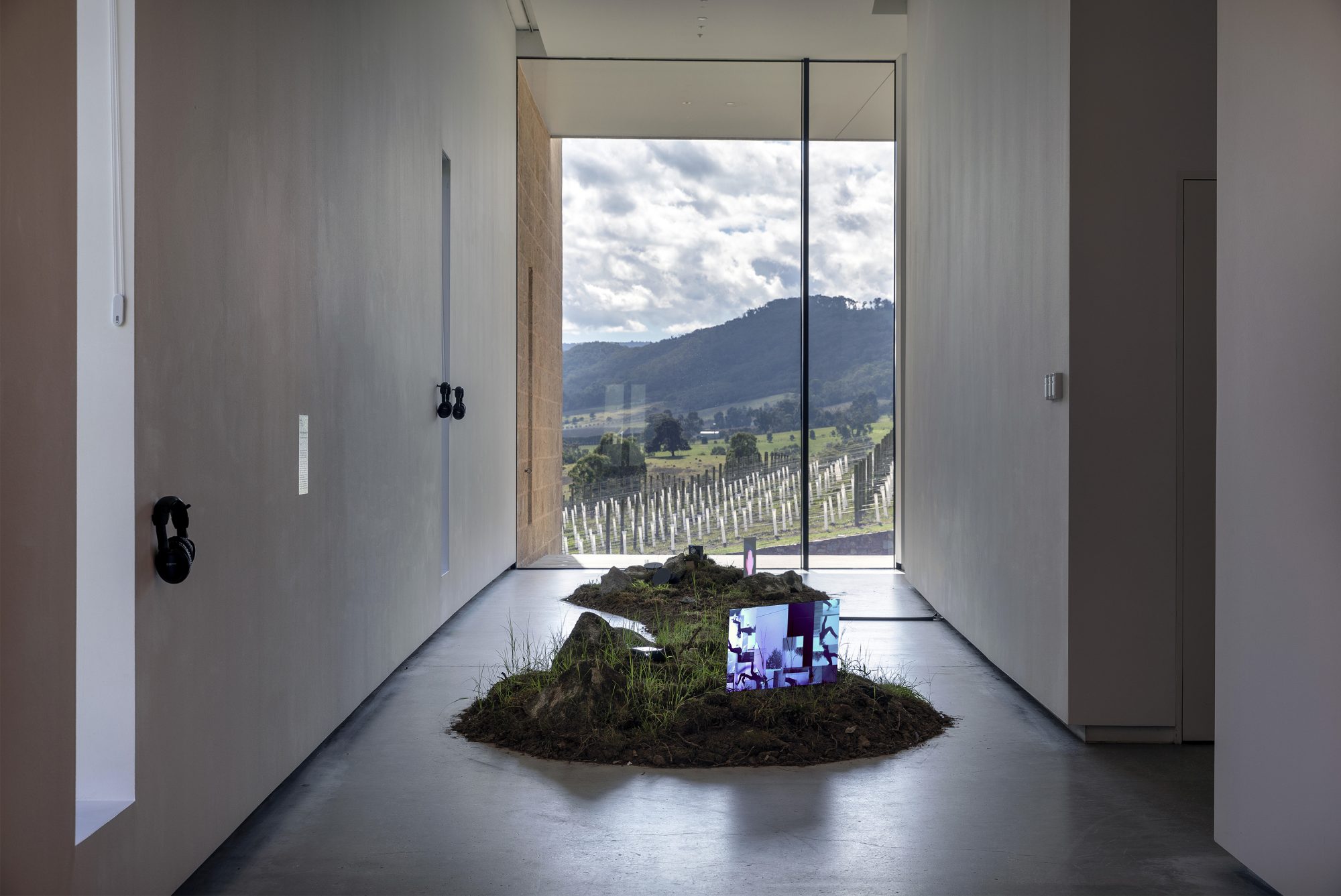 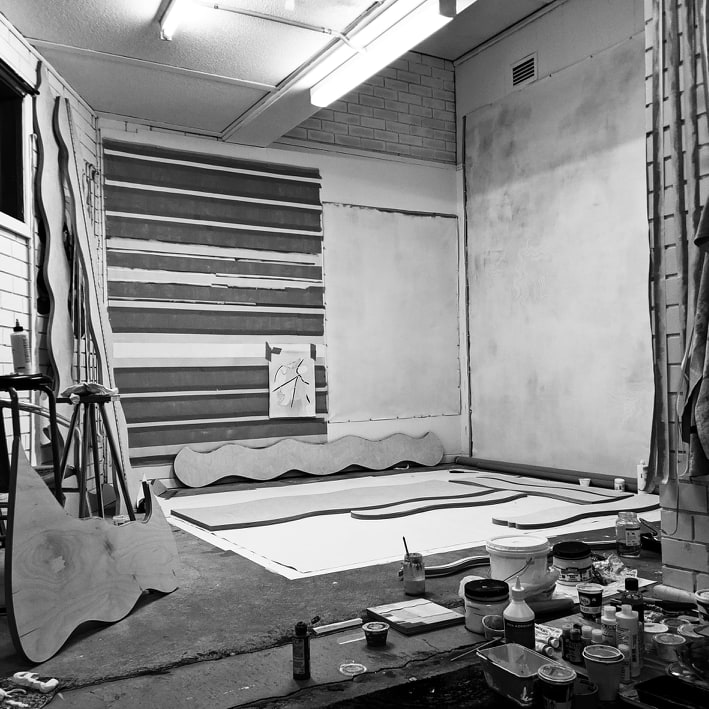 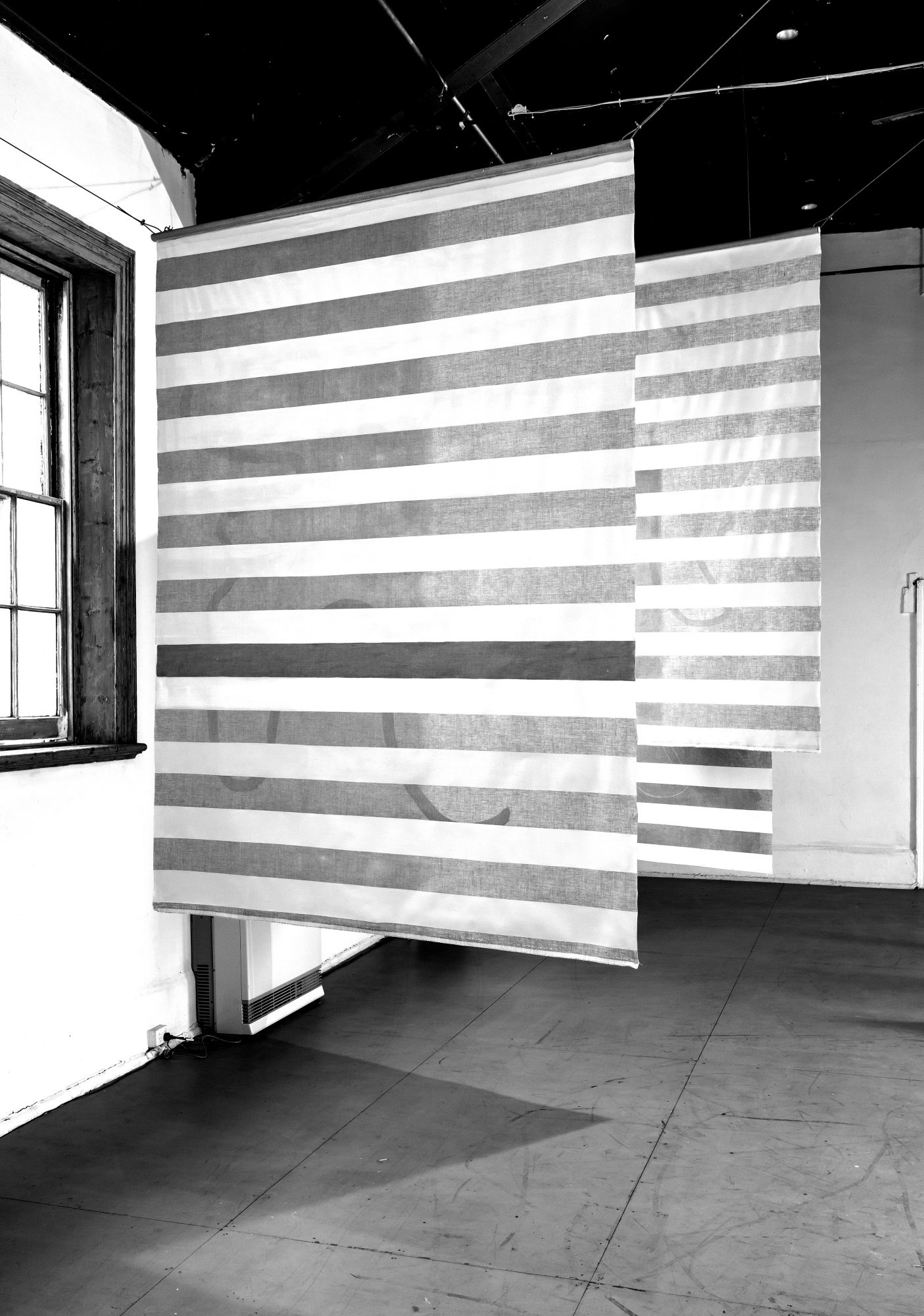 Presented with the generous support of the Rupert Bunny Visual Arts Fund and the Australia Council. 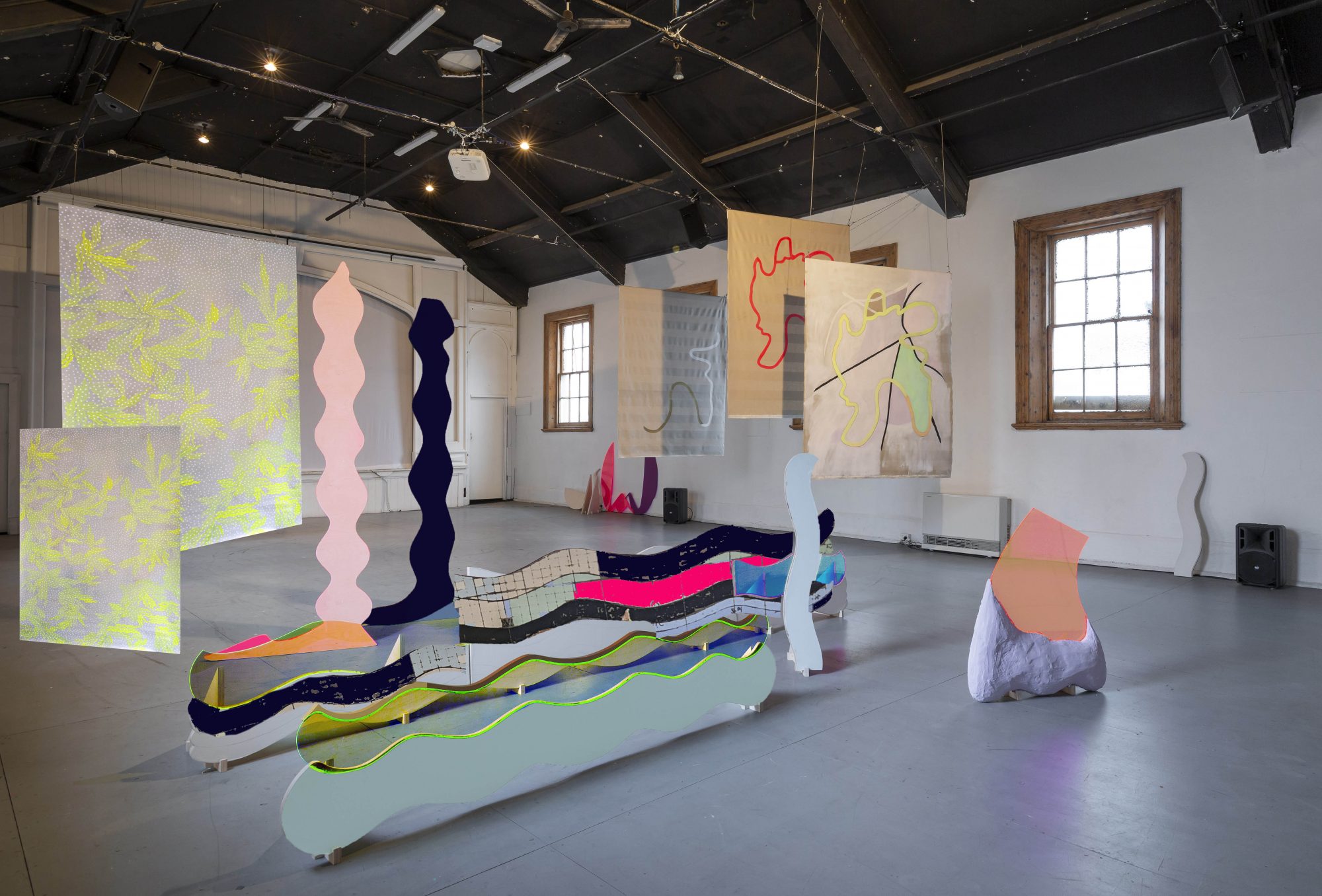 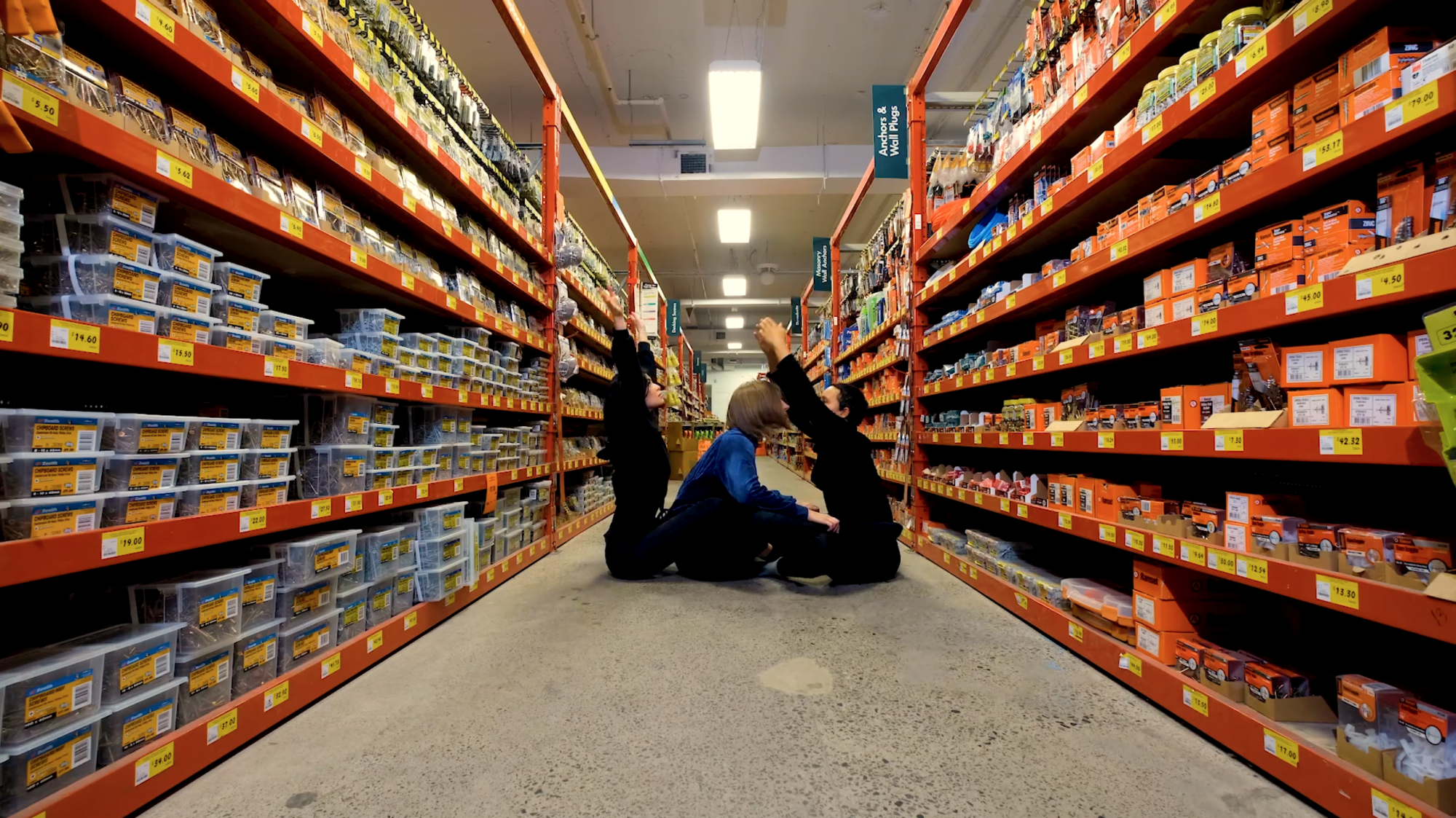 TarraWarra Biennial 2018: From Will to Form 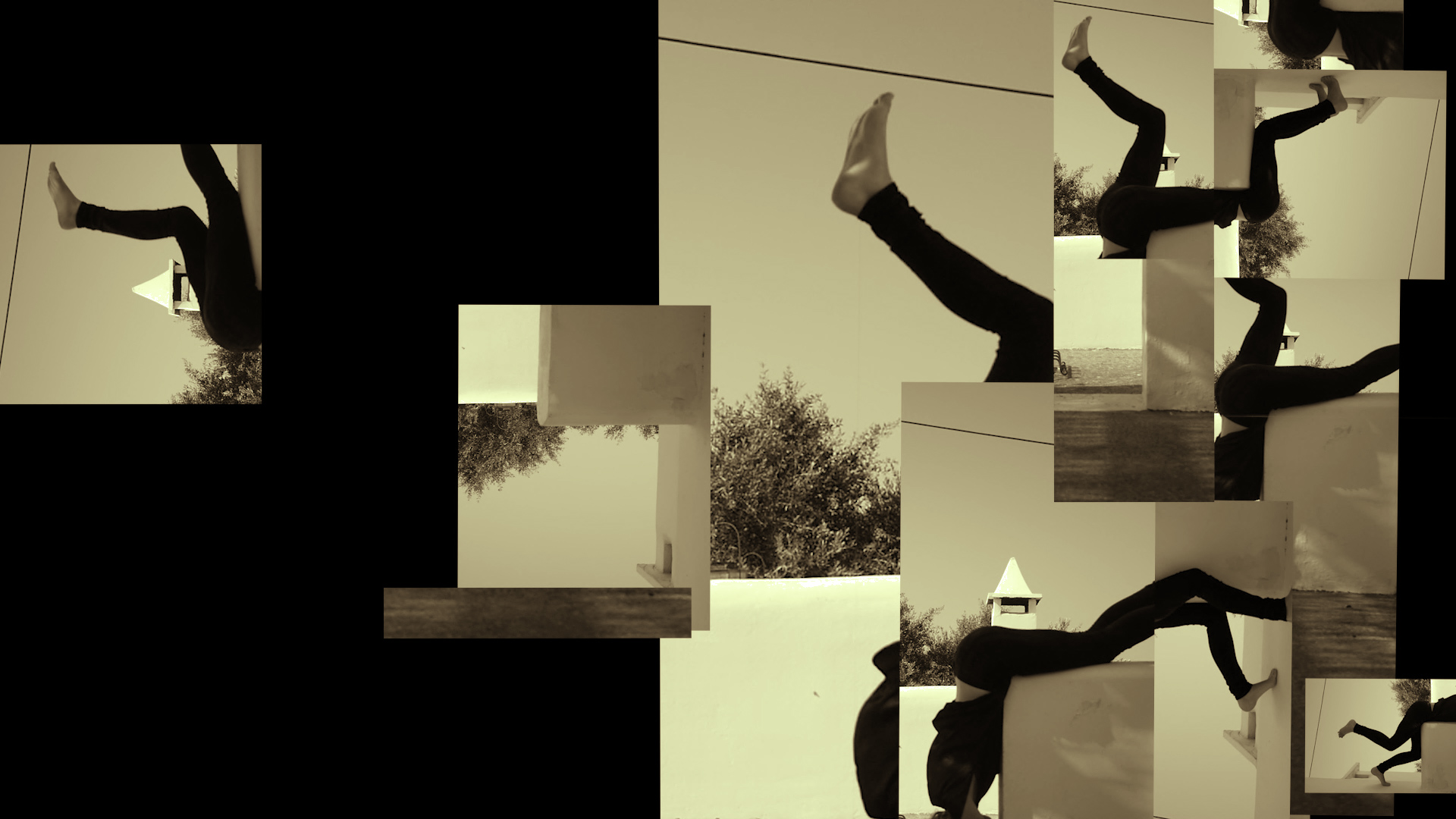 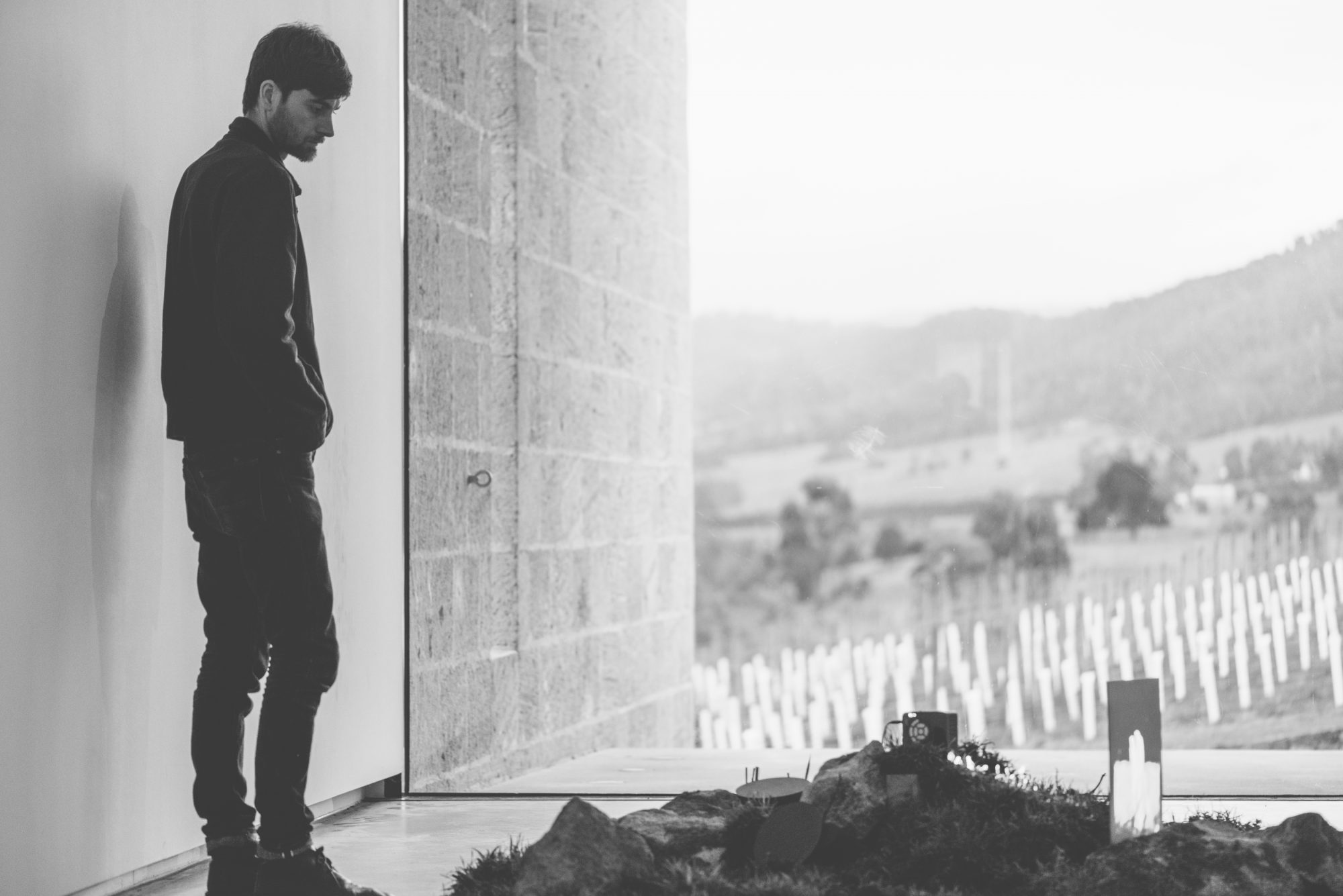 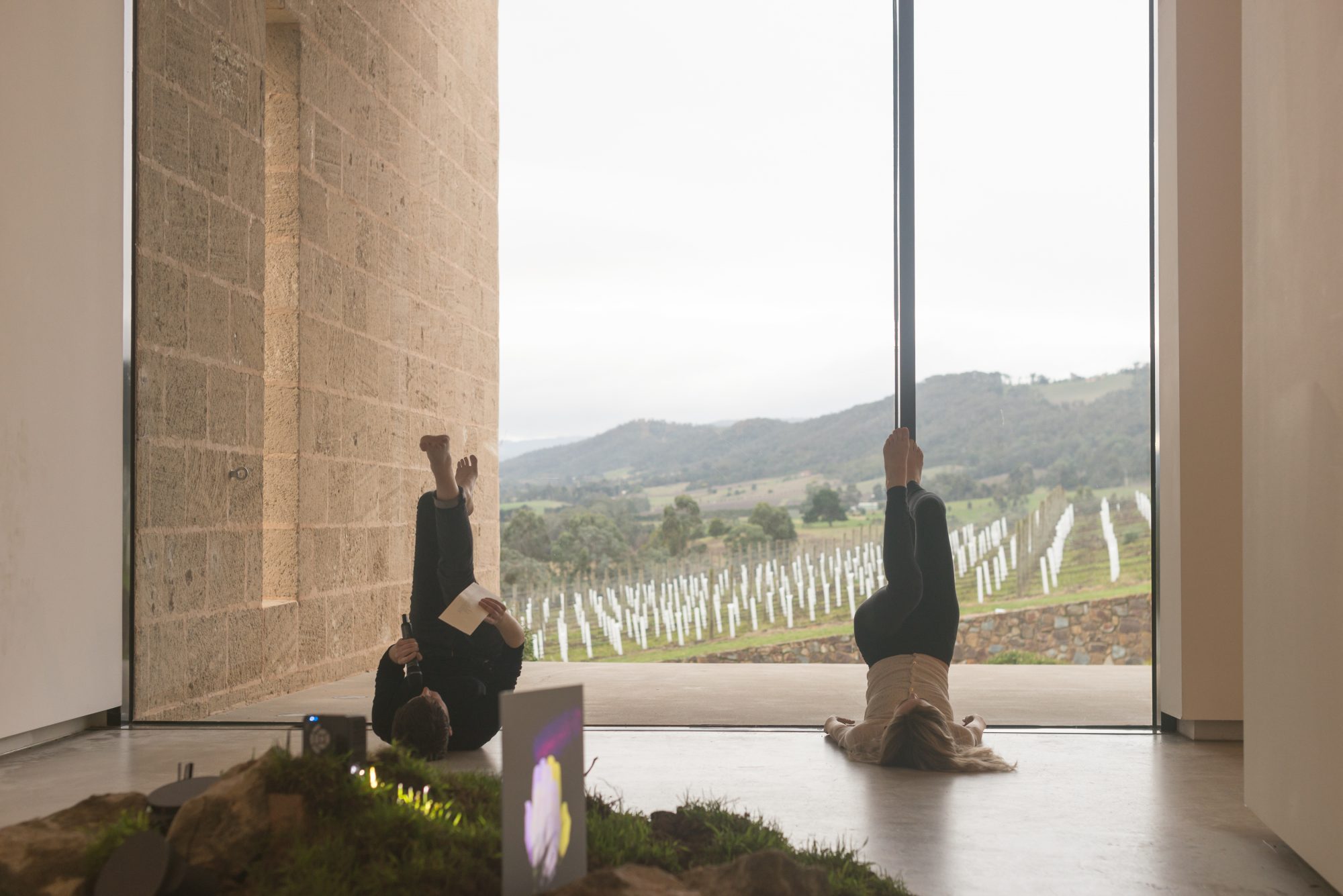 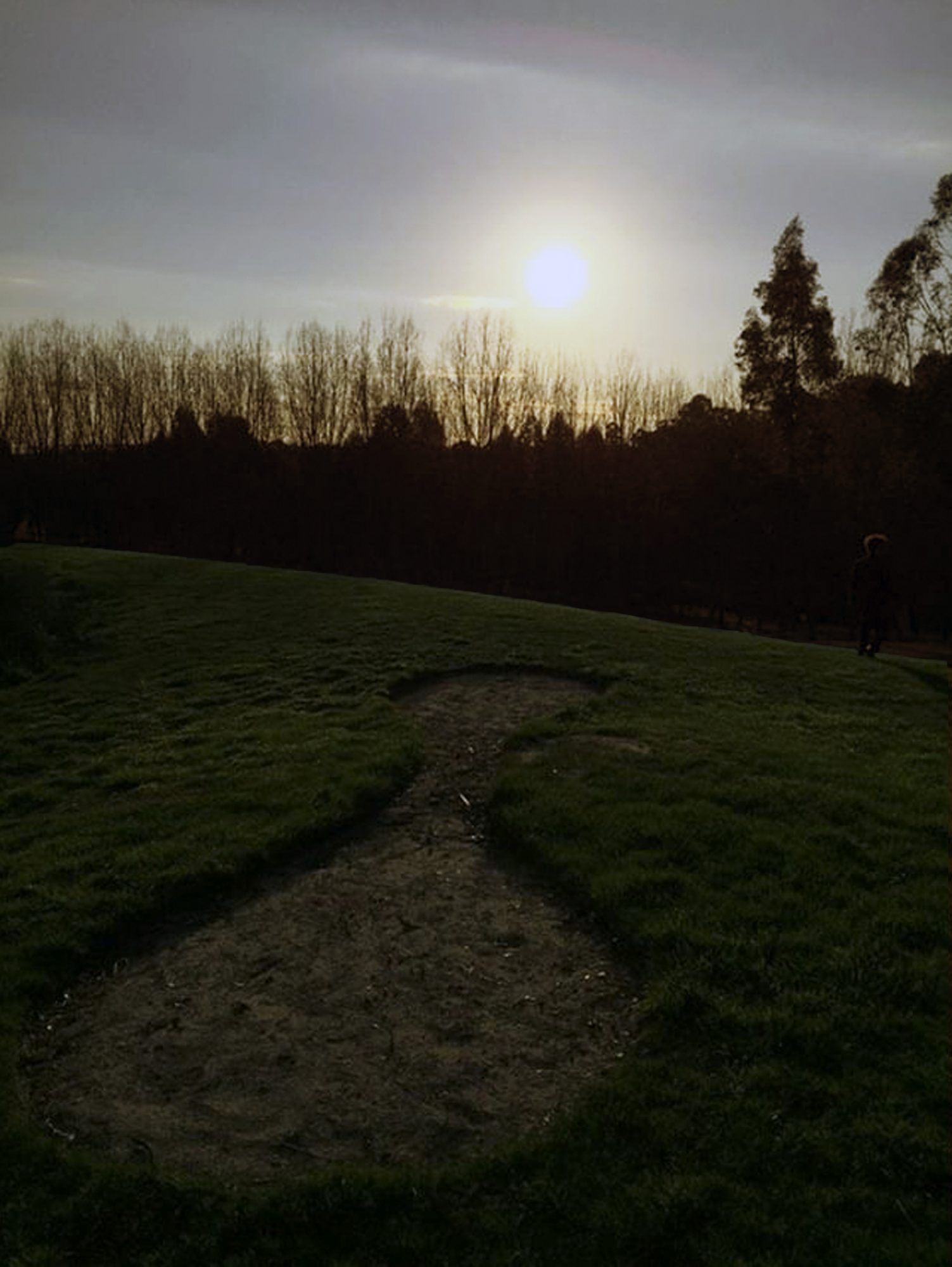 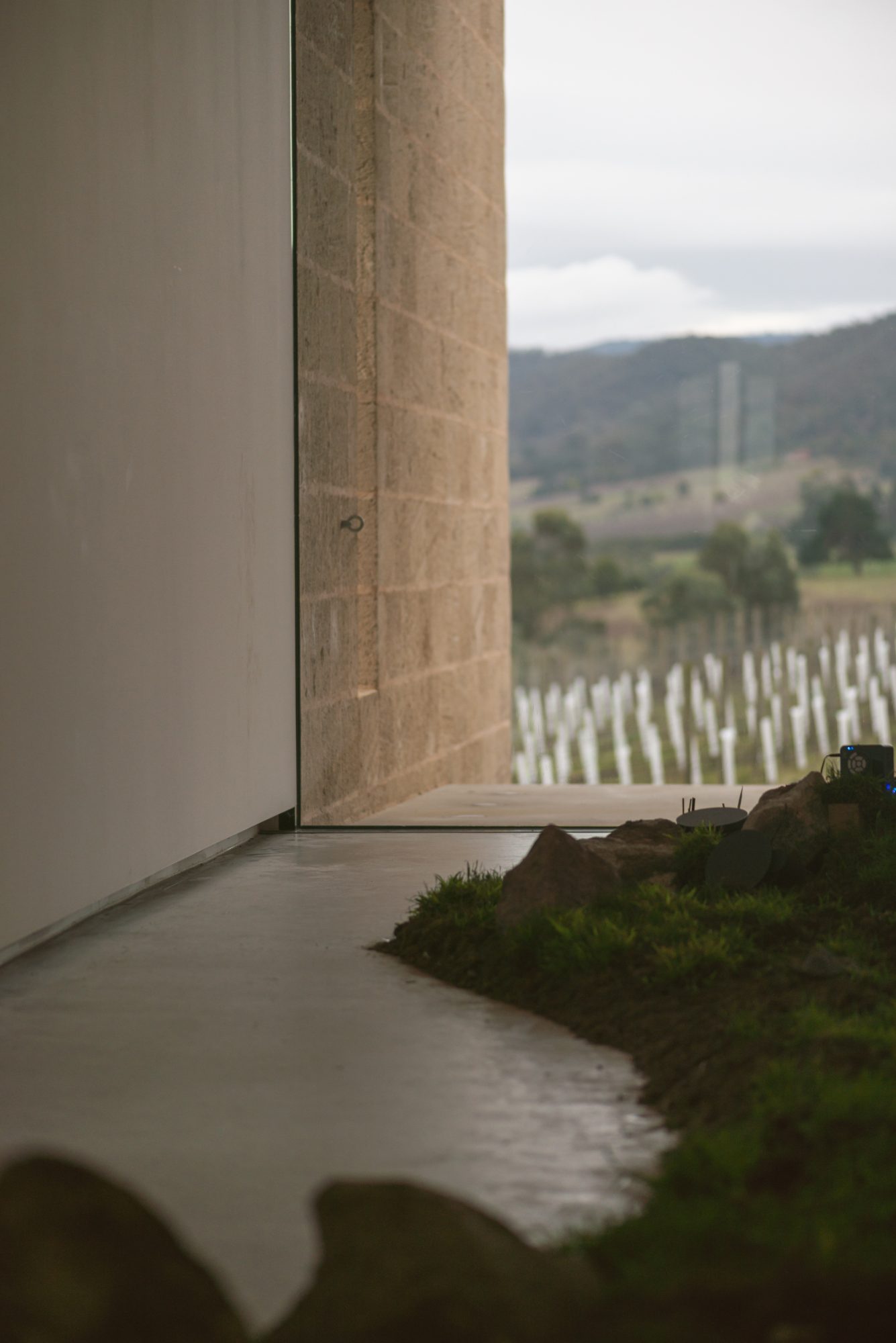 Belle Bassin’s interrogation of form stems from her research into, and practice of, mystical modalities. Her attunement to the invisible psychic forces that influence our world of bodies and objects has given her a vocabulary of shapes and structures that she processes through various mediums. In your place, an empty space. presents the viewer with a section of the gallery that has been energetically induced by a mystic.  Within this charged space Bassin brings together a network of expressions that she has been psychically processing for several years.  Central to her enquiry has been an examination of the figure eight, a loop pattern into which she shapes dirt from the TarraWarra grounds. The figure eight is then further presented within this charged and opened space as physical movement, smell, biological forms, spoken text and in a musical score.  These foundations will be built on throughout the exhibition as Bassin works collaboratively to enact a series of responses including movement and film works—each of which articulate the passage of these psychic forms and forces as they have been pulled into form.

FROM WILL TO FORM ACTIVATED: MELBOURNE FESTIVAL 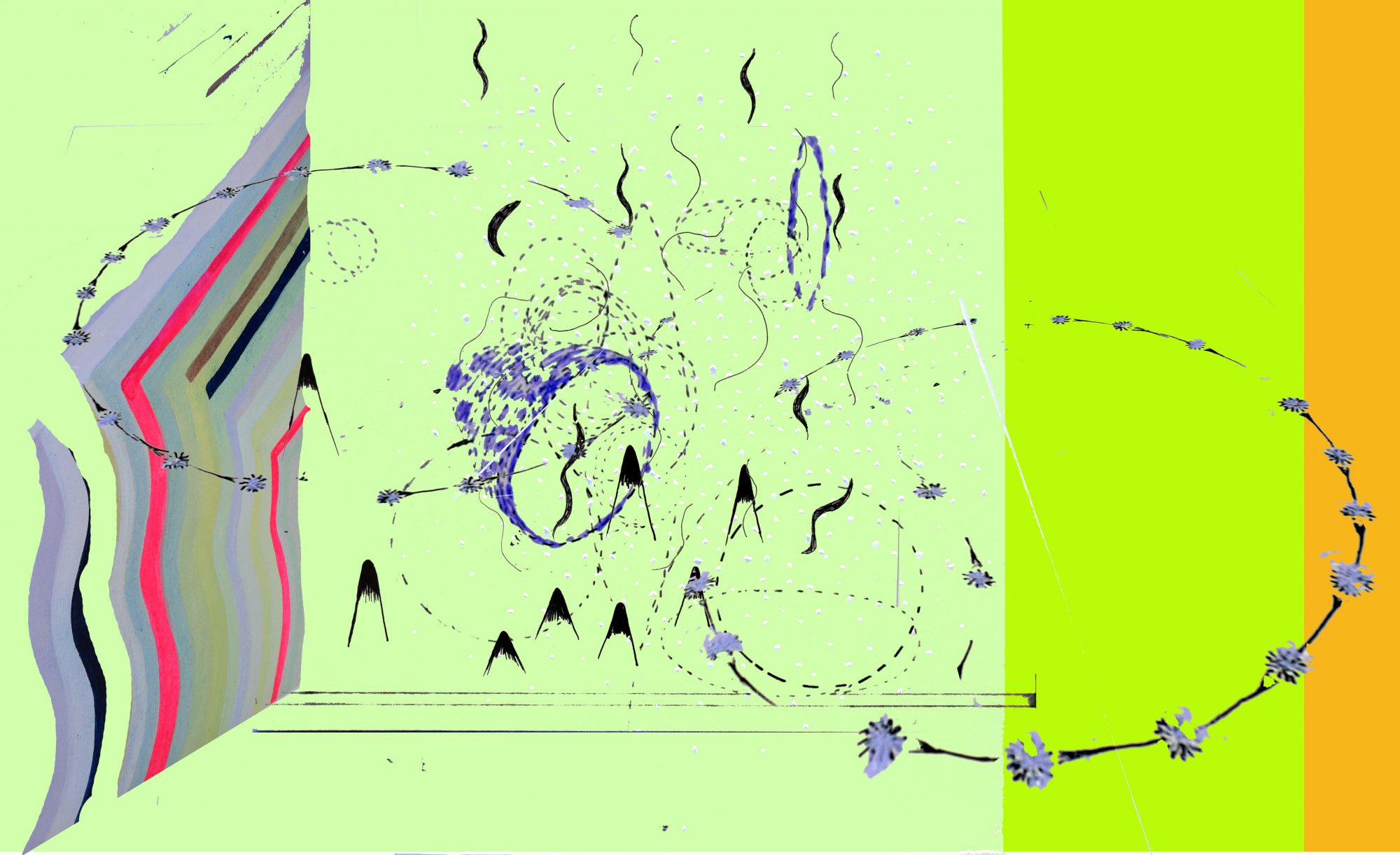 TARRAWARRA BIENNIAL 2018: OPENING WEEKEND
Saturday 4 – Sunday 5 August, 11am-5pm
Experience Mike Parr’s durational whistling performance Whistle White, 2018, as well as artist floor talks and performances by Bridie Lunney and Belle Bassin, over the opening weekend of the TarraWarra Biennial 2018: From Will to Form. Free with exhibition entry. MORE INFO.
Held in the body, flung through the air, or drawn from the soil. What if art is action made solid?

From throwing liquid bronze to whistling for three days straight, the TarraWarra Biennial 2018: From Will to Form considers how the wild, intangible forces that animate behaviour might be present within an artwork.

For the sixth TarraWarra Biennial, 23 artists and one artist group from across Australia will present anarchic and persistent energies in a range of sculpture, painting, performance and film works. For some artists, will is drawn from a relationship to country and earth, while for others it is channeled through the psyche. Other artists highlight the role of the body as either a conduit for, or a concealer of, wilful forces. 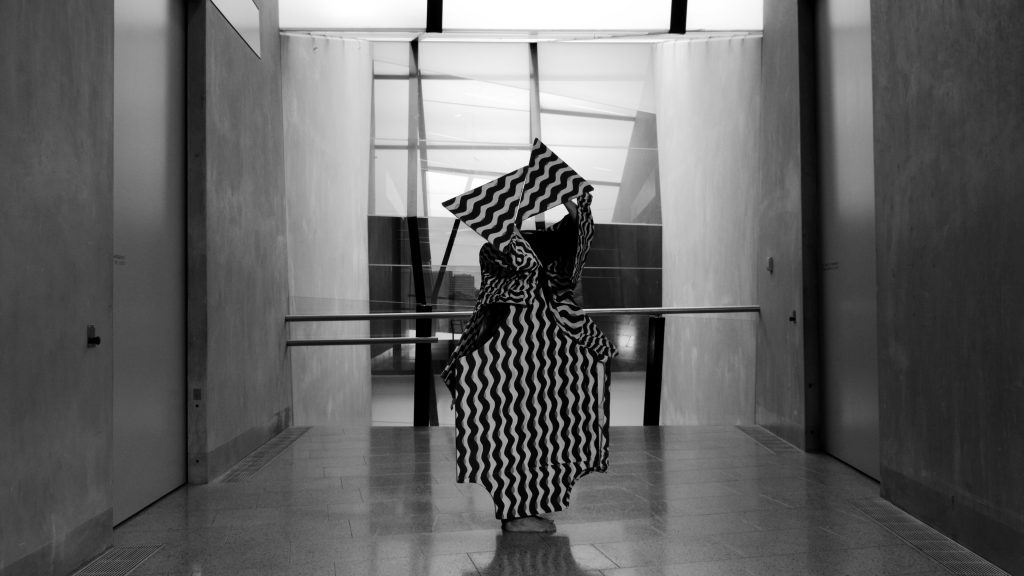 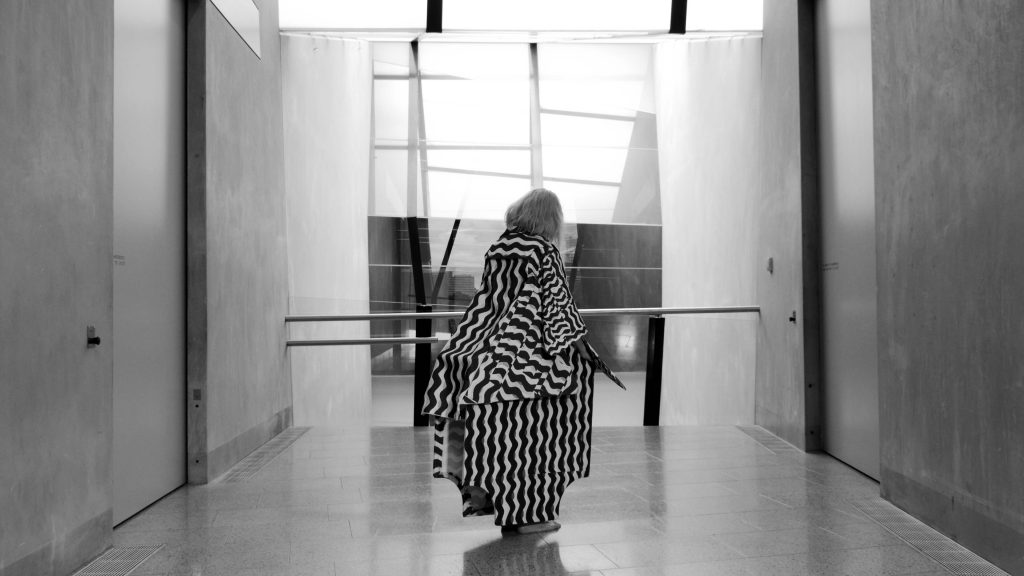 Confetti, excerpt from video, 8:34 sec, 2016. Courtesy the Artist and the City of Port Phillip Collection 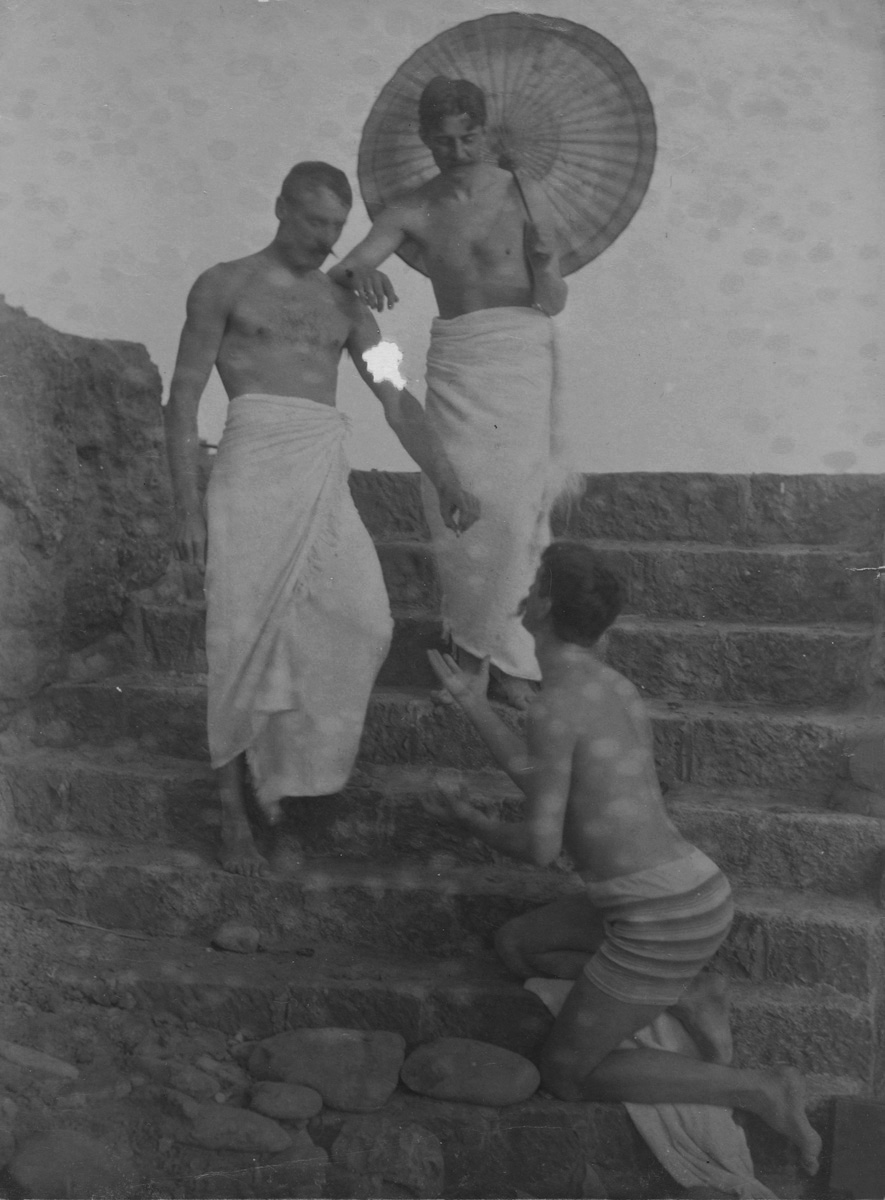 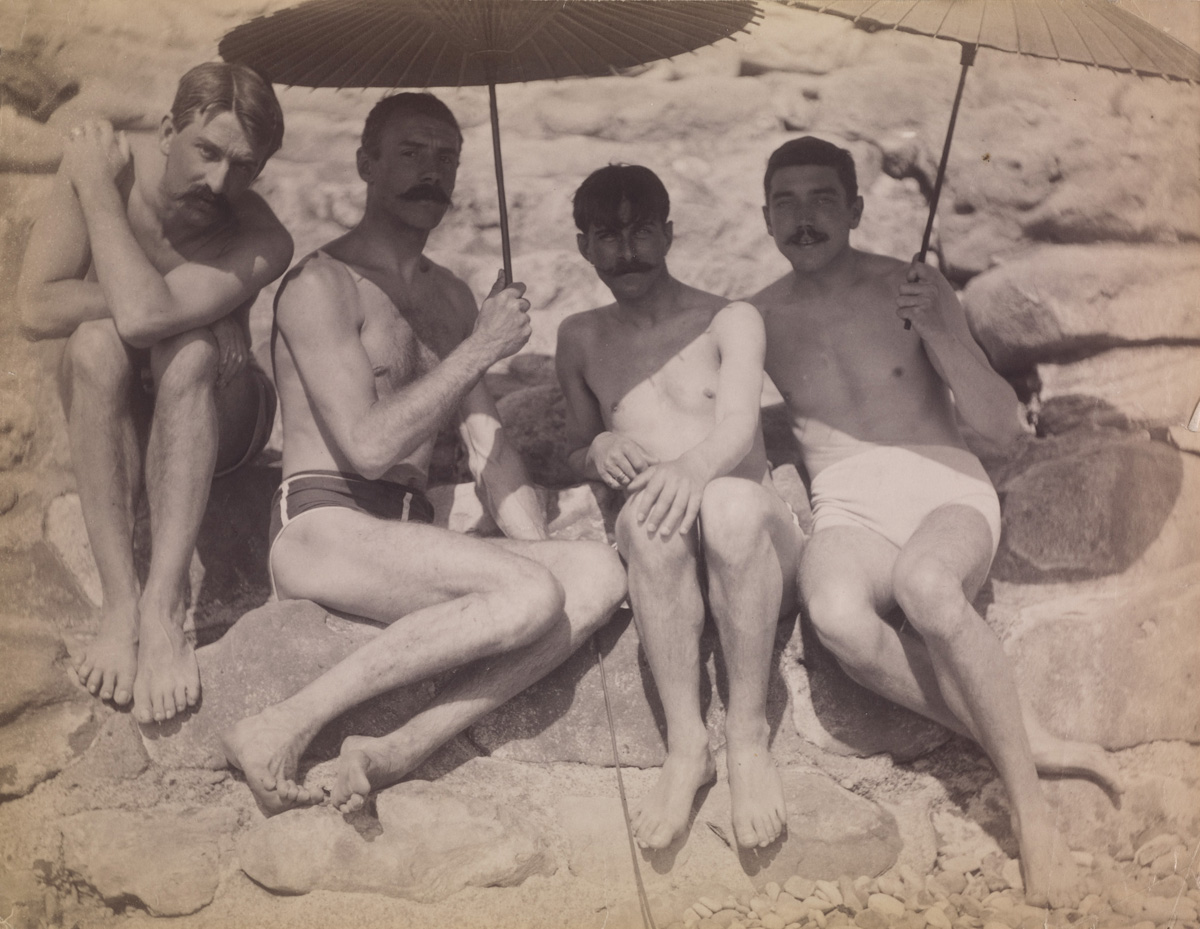 The fellowship will support the creation and development of new works of biomorphic abstraction realised as drawings and choreographies using bodies and sound as sculptural forms.  These works will continue Bassin’s ongoing exploration of the invisible forces that may cause bodies and objects to disrupt against expected behaviours and social norms.  Bassin will also undertake residencies in  NewYork (ISCP), and rural Victoria to research into early abstraction and futuristic modes of expression in contemporary works within the field.  She aims to find new ways to work with the psychic space of visions within the field of abstraction.

To Eat Glass, 2016 – is on show at the Bundoora Homestead Art Centre. 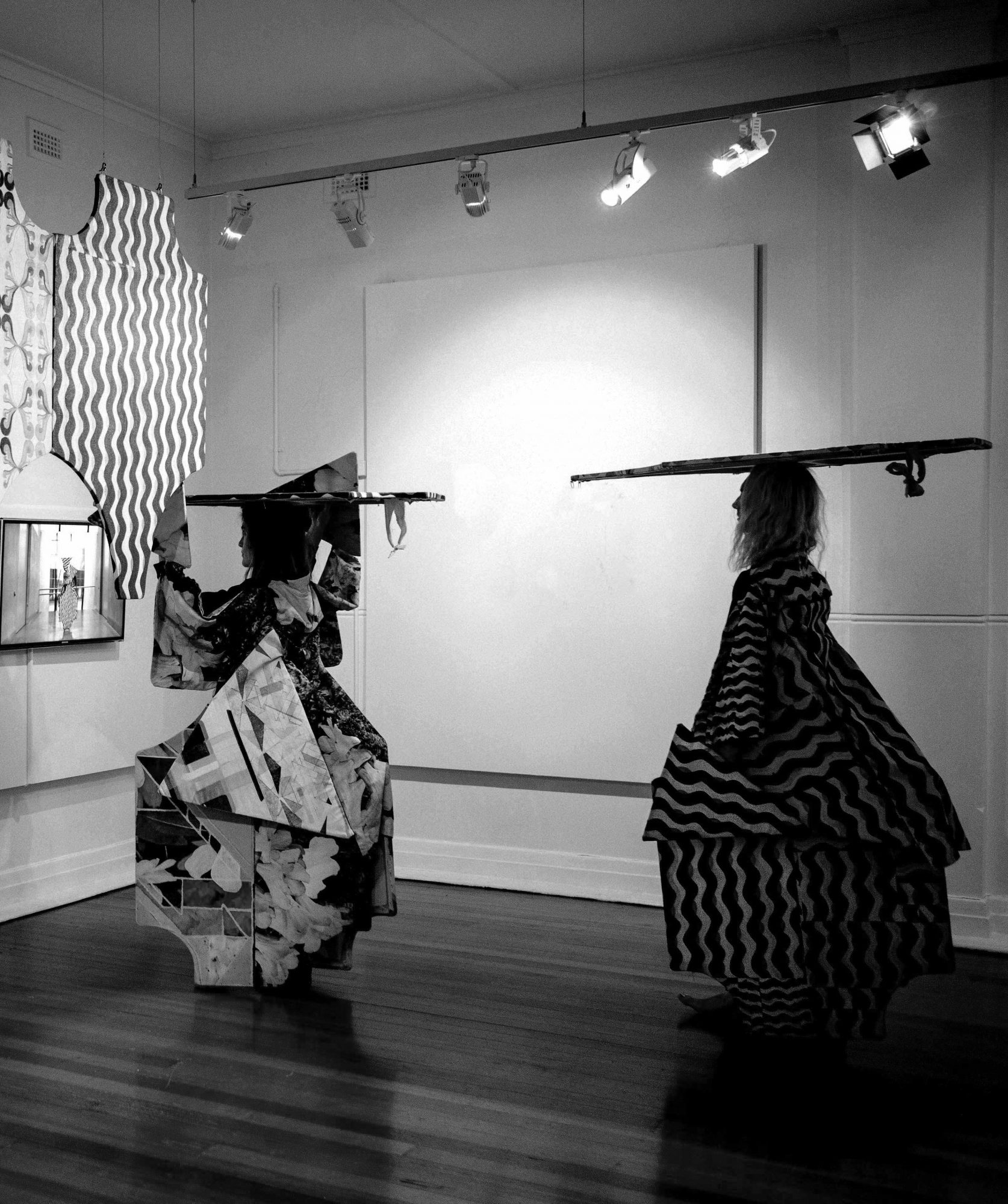 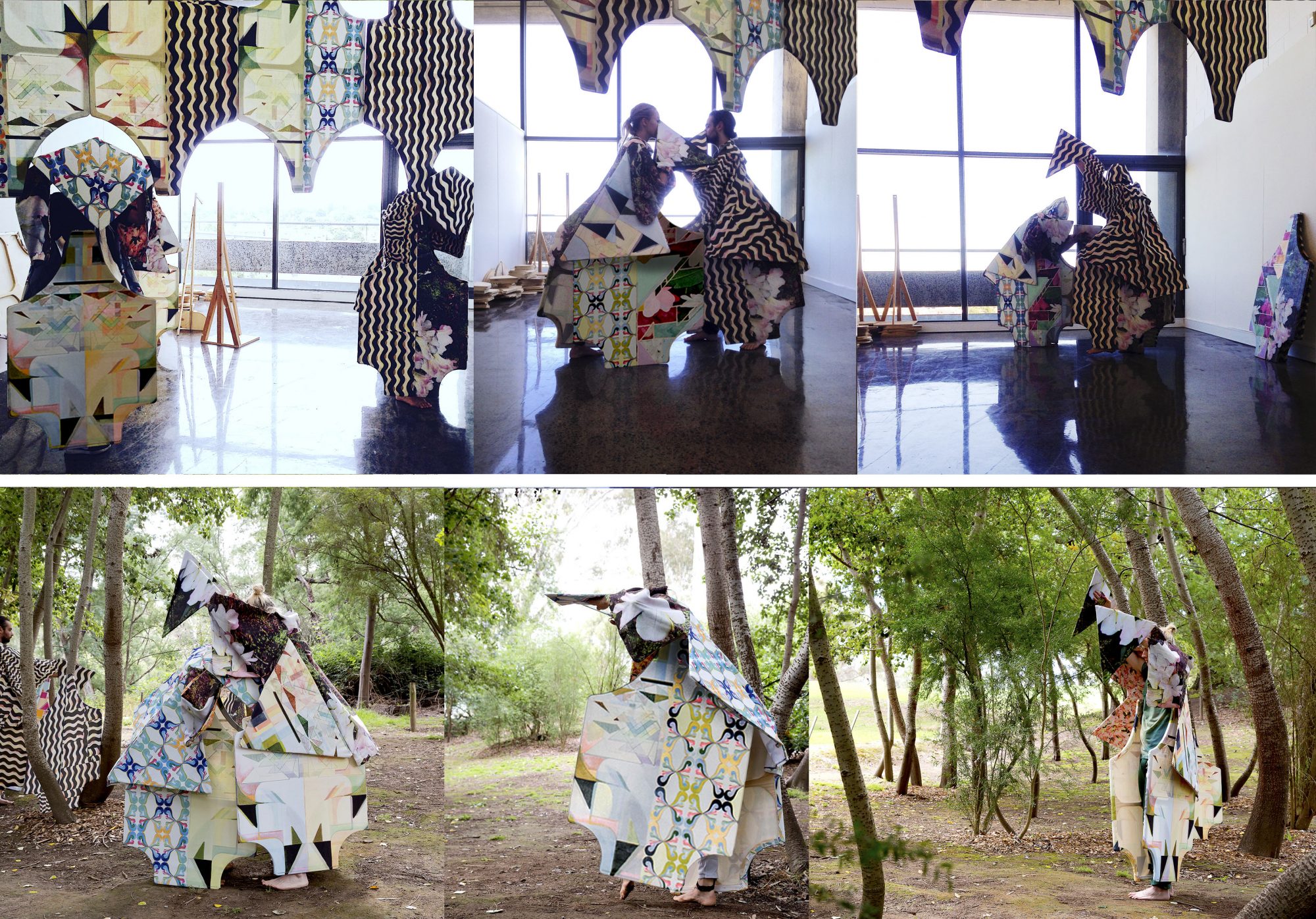 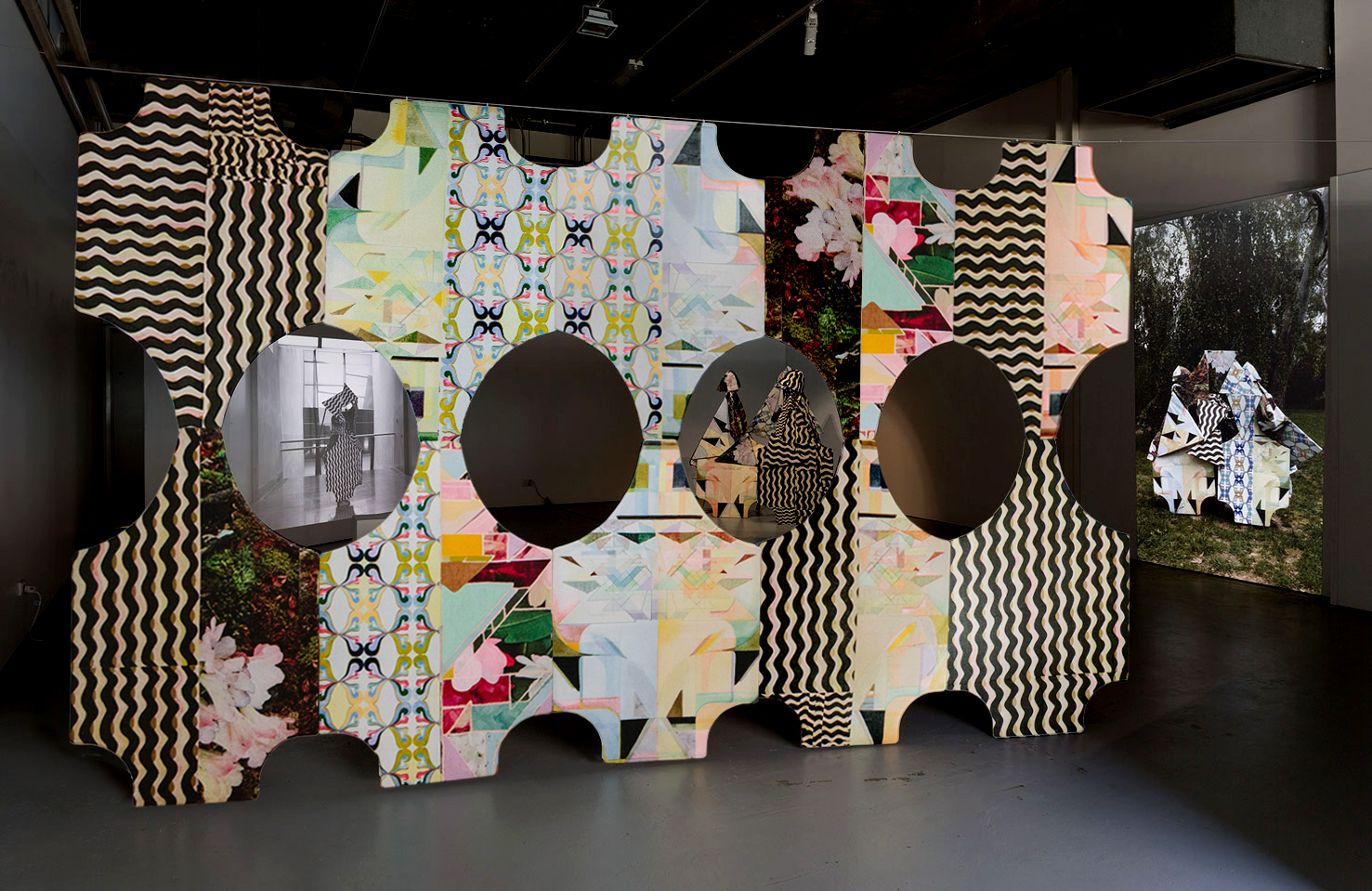 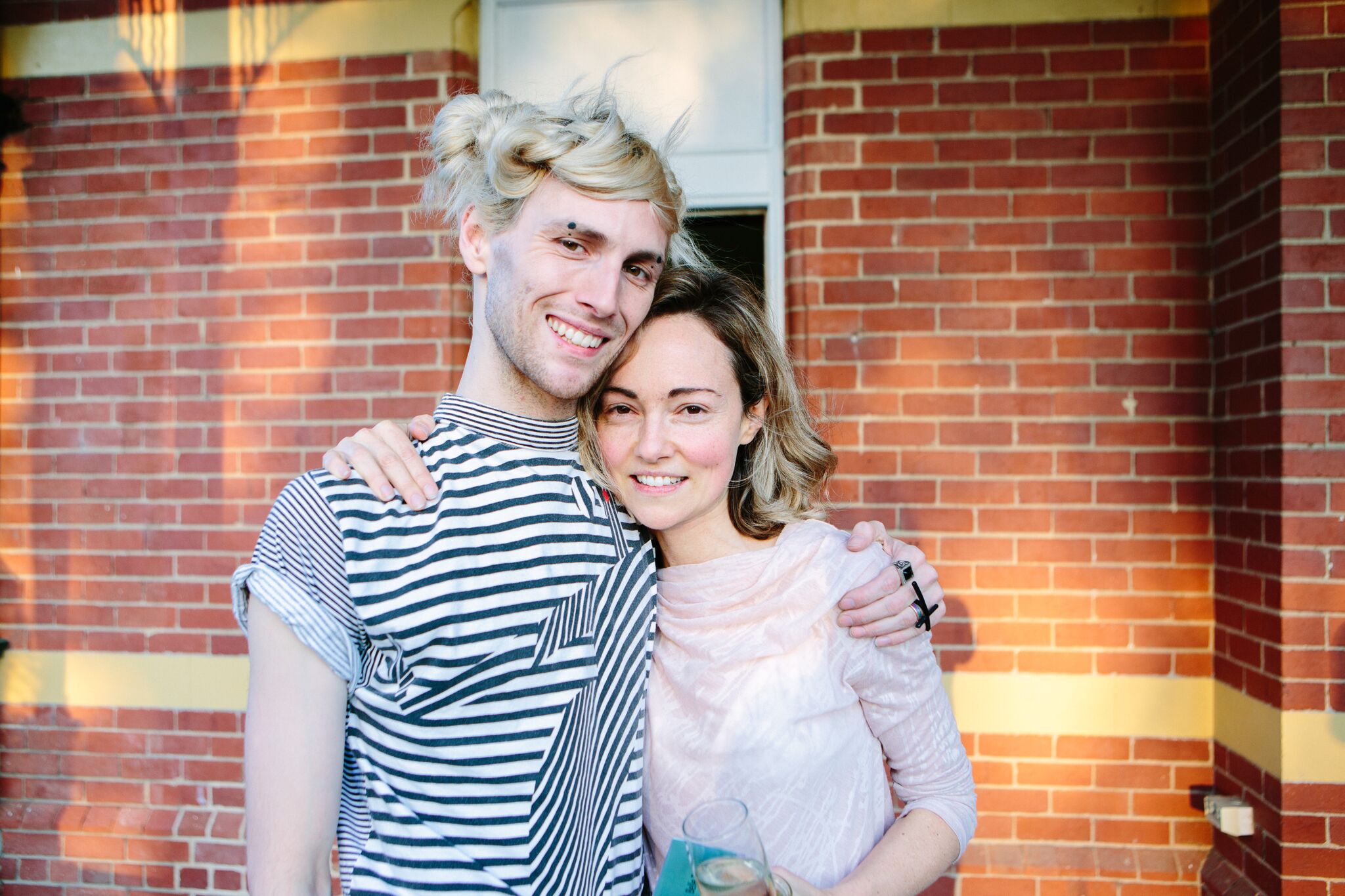 with dancer Benjamin Hancock after the performance.

The video work titled Body Clock (Kythira), made on residence in Greece – will be showing at my home as part of ‘Transient’ art walks and The Fringe Festival, 🗿

You can book to be on the art walk here

Performing in Tim Darbyshire‘s Tainted Title, Habit of Being 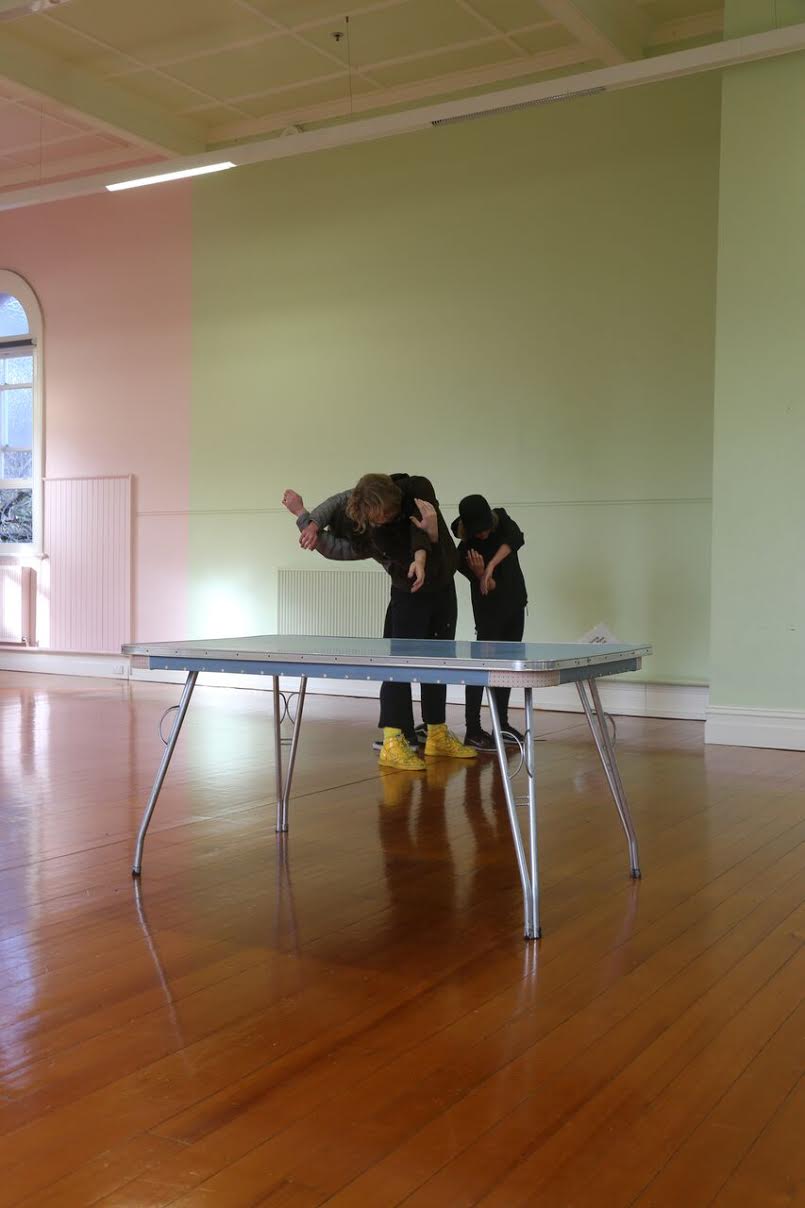 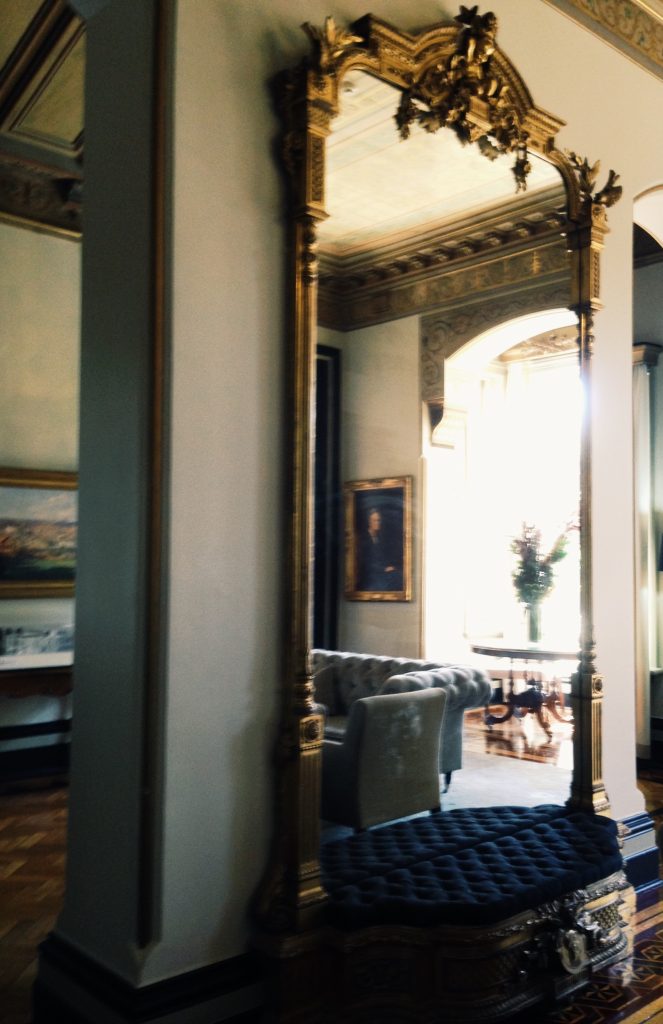 Article in The Age, Saturday the 20th of February. 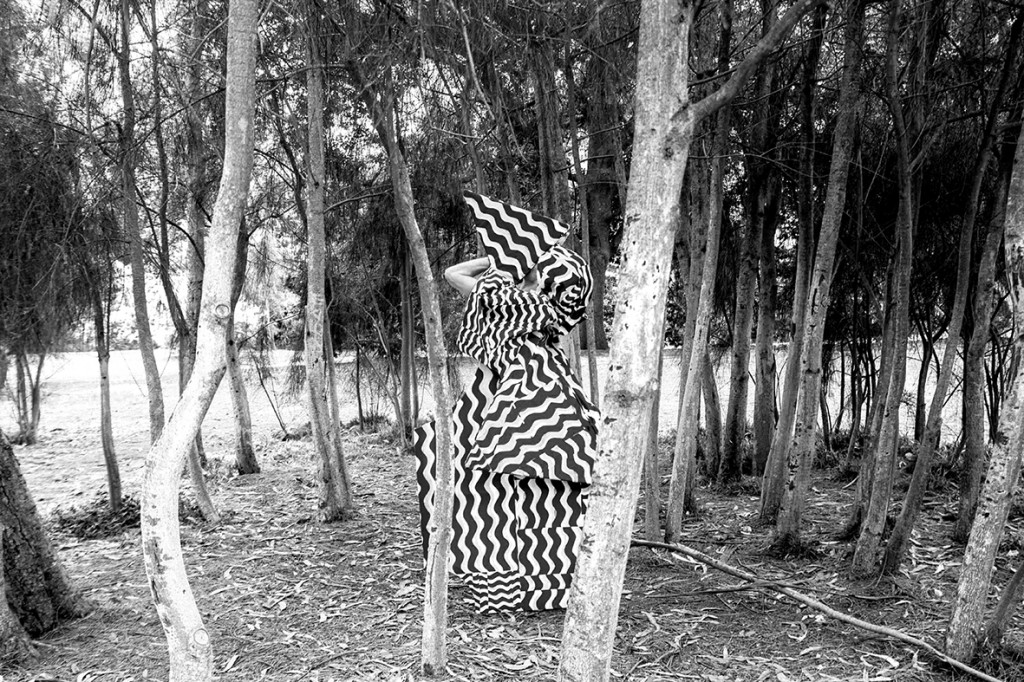 DANCING UMBRELLAS   AN EXHIBITION OF MOVEMENT AND LIGHT

Dancing Umbrellas: An Exhibition of Movement and Light trailer from Heide Museum of Modern Art on Vimeo.

An exhibition of moving image, performance, painting and object-based works by contemporary Australian artists which together create a spatio-temporal and visually immersive environment. The fanciful leitmotif of ‘dancing umbrellas’, inspired by a two-channel video installation by young Melbourne artist Belle Bassin, introduces the exhibition’s performative and theatrical theme, and the playful surreality of many works. Movement, light and elements of performance are variously utilised by the artists to explore ideas about perception and time, and to evoke a sense of otherworldliness or dreams.

Believe not every spirit, but try the spirits

This exhibition focuses on a forgotten artist from the Victorian era, Georgiana Houghton (1814-1884). Starting in 1861, and continuing up to her death, Houghton developed a complex aesthetic practice as a practicing spiritualist medium, based on automatic drawing and the perceived communication with spiritual entities. On the basis of her experiences she produced series of abstract watercolors that were meant to convey important spiritual messages to humanity. Her work – in part preserved at the Victorian Spiritualists’ Union in Melbourne – is remarkable because it represents an abandonment of figurative form that by several decades anticipates the development of 20th century abstraction by artists such as Kandinsky or Malevich. To be shown for the first time to a larger audience at MUMA, Houghton’s works will be accompanied by a group show of modern and contemporary artists involved in spiritualist practices and methodologies.